Not only did Tom & Shannan luck out with weather and birds both, but they and José Fernando Castaño added four new species to the La Esperanza site list!

– Montane Foliage-gleaner (Which I had suspected…)

– Rusty Flower-piercer, an old favorites group from my Bogotá days… 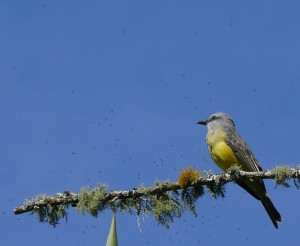 I landed in flycatcher heaven!
(Like a shark in a school of sardines…) 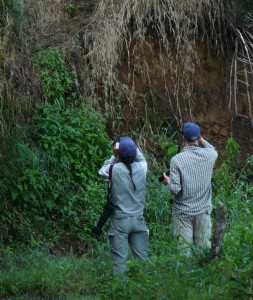 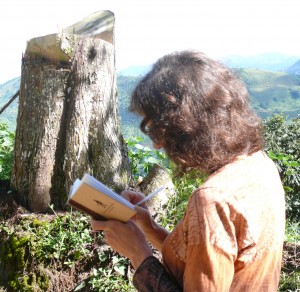 Speaking of migrants, I thought it interesting when I found of that there were austral migrants upon observing a cloud of 10,000 Purple Martins land on a tree in Rurrenabaque, Bolivia with Sjoerd Mayer in 1993.

Also on migrants, it surprised me when I found out that wood-warblers are not “snowbirds”! They did not evolve in the north and decide to chill in warm climes for the winter. They were there already and evolved a system for taking advantage of prime northern breeding grounds later.

About the Author: admin